Are you planning on getting pregnant and starting a family? This is surely an exciting time for you! And I am sure you want to do everything you can do to have a healthy pregnancy and baby. Which means that YOU need to be healthy FIRST before getting pregnant! It is not a question IF you have toxicant build up in your body, it is a question of how much. NOW is the time to “clean out”, not when you are pregnant! 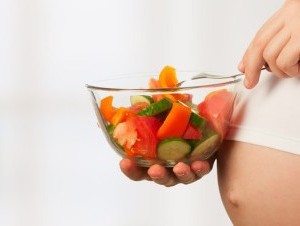 Over the last ten years, many women have joined my cleanse programs to detoxify before they get pregnant. Perhaps these women felt that they were not eating so healthy or drinking too much alcohol. Or they had been on a round of antibiotics or taking NSAIDs like Advil on a regular basis. Regardless, they intuitively felt like they needed to cleanse.

Studies back up these women’s intuition to cleanse before getting pregnant. You see, certain chemicals that are found in a mother’s serum get into the placenta, fetal cord serum, and amniotic fluid. In fact, the placenta barrier is no barrier at all for polycyclic aromatic hydrocarbons (PAHs). In a study of 200 women, PAHs were found in all placentas!. You can be exposed to PAHs in the environment, in your home, and in the workplace. Fumes from vehicle exhaust, coal, coal tar, asphalt, wildfires, agricultural burning and hazardous waste sites are all sources of exposure. You can also be exposed to PAHs by breathing cigarette and tobacco smoke, eating foods grown in contaminated soil, or by eating meat or other food that you grill. Grilling and charring food actually increases the amount of PAHs in the food. Although more human studies are needed on the impact of PAHs on a developing fetus, animal studies showed that mice exposed to 308 parts per million (ppm) of PAHs in food for 10 days (short term exposure) caused birth defects.

A Swedish mothers’ study in 2003 found PBDEs in all samples of maternal blood, cord blood, and breast milk. Environ Health Perspect. 2003 Jul;111(9):1235-41. Polybrominated diphenyl ethers or PBDEs, are organobromine compounds that are used as flame retardants. Like other brominated flame retardants, PBDEs have been used in a wide array of products, including building materials, electronics, furnishings, motor vehicles, airplanes, plastics, polyurethane foams, and textiles.

PCBs (polychlorinated biphenyls) were found in all samples as well. PCBs were banned decades ago, so why are they still around? PCBs are highly persistent, which means that they stick around for a long time in our air, water, and soil. PCBs can be carried long distances and have been found in snow and sea water in areas far away from where they were released into the environment. PCBs have been demonstrated to cause cancer, as well as a variety of other adverse health effects on the immune system, reproductive system, nervous system, and endocrine system. PCBs are found in high amounts in farmed raised salmon and non organic butter!

A review article notes that the main focus of studies of neurological effects of polychlorinated biphenyls (PCBs) in humans has been on the effects in neonates and young children . “A great deal of concern exists that even low levels of PCBs transferred to the fetus across the placenta may induce long-lasting neurological damage. Because PCBs are lipophilic substances, there is also concern that significant amounts might be transferred to nursing infants via breast milk. Studies in humans who consumed large amounts of Great Lakes fish contaminated with environmentally persistent chemicals, including PCBs, have provided evidence that PCB s are important contributors to subtle neurobehavioral alterations observed in newborn children and that some of these alterations persist during childhood. Some consistent observations at birth have been motor immaturity and hyporeflexia and lower psychomotor scores between 6 months and 2 years old.” Effects of PCB’s  **Hyporeflexia is the condition of below normal or absent reflexes (areflexia).

Chemicals like organophosphate pesticides have been found in the cord blood of newborns and in the breast milk. A study of preschool children in Mexico suggests that this exposure may affect neurodevelopment of the children, such as eye-hand coordination, 30-minute memory, and the ability to draw a person. Choosing to eat organic produce, dairy, and meats can greatly decrease your exposure to pesticides!

We do not know exactly what causes autism. But we do know that the rate of autism has dramatically increased and that environmental factors play a role in autism. A great review article on this topic that included studies looking at exposure measures pertaining to pregnancy or the 1st year of life, found that “some environmental exposures showed associations with autism, especially traffic-related air pollutants, some metals, and several pesticides, with suggestive trends for some volatile organic compounds (e.g., methylene chloride, trichloroethylene, and styrene) and phthalates.” Many of these environmental exposures can be minimized! For example, phthalates, a group of chemicals used to make plastics more flexible and harder to break, are used in hundreds of products, such as vinyl flooring, adhesives, detergents, lubricating oils, automotive plastics, plastic clothes (raincoats), and personal-care products (soaps, shampoos, hair sprays, and nail polishes). Just by switching our your personal care products you can decrease your exposure to phthalates!

Getting educated on how to minimize your exposure to harmful chemicals and how to get these toxins out of your body through dietary and lifestyle changes is key to a healthy pregnancy and baby!