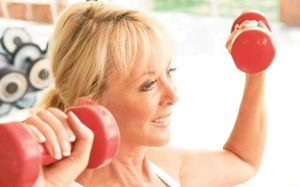 If you landed here, you might be in a situation where you feel your brain is just not as sharp as it used to be. You find yourself describing your brain state as foggy or mushy. Or you have problems recalling certain words or names and you are just plain forgetting things more often. Or maybe you have history of dementia or Alzheimer’s Disease in your family and you want to do everything you can do to prevent it from happening to you.

This program is for you if:

This program is not for you if you have advanced past the early stages of Alzheimer’s Disease or are on pharmaceutical drugs for AD.

I have witnessed Alzheimer’s Disease (AD) on both sides of my family. I knew very little about AD when I watched it gradually take over my grandmother.  I was just starting my career in nutrition. There was hope when she took a new drug and then frustration when it did not work.  By the time I learned about potential nutrients and therapies that could help her, it was too late in the progression of the disease.

When it was first “officially” diagnosed that my uncle had AD, it was no longer in the early stages.  It was a long decline that also ended up with a Parkinson’s diagnosis; all indicative of neurodegeneration.

I have always been fascinated with the brain.  Such a powerful and complicated organ, and yet so fragile at the same time. With everything we know, the way it works still remains a mystery.  In December 2016, I attended Dr. Dale Bredesen’s practitioner training on how to potentially reverse mild cognitive impairment and early stage Alzheimer’s disease.  I was so encouraged to learn that my education and learning up until that point were right in line with Dr. Bredesen’s work.

The key is to catch it early.  Once AD has progressed past the early stages, it is very difficult to reverse. It is also harder to reverse once pharmaceutical drugs have been started.  Start a preventative approach in your forties, even earlier if you have AD in your family. And if you are in your fifties, sixties, or seventies, it is never too late to start a brain health program and improve your brain function!

Please schedule your complementary strategy session below to learn more about this program and if it is a good fit for you.