You are probably familiar with your lymphatic system, simply because you can feel many of your lymph nodes, especially when they are swollen!   In addition to protecting your body against infection by producing white blood cells, your lymphatic system also serves as your drainage network. Lymph contains lymphocytes and also waste products and cellular debris together with bacteria and proteins. You can see how important the lymphatic system is to detoxification!  Homeopathic drainage remedies have been around for a long time and we also know that exercise/movement aids in supporting the movement of the lymph. Jumping on a mini rebounder is one of the best ways to support your lymphatic system! 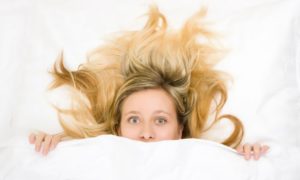 A few years ago, scientific research finally confirmed that the brain also has a drainage system.  This drainage system is now officially named the glymphatic system.  The glymphatic system is most active while we are sleeping deeply.  It drains toxins and debris while we are fast asleep. Among the debris it removes is beta amyloid protein. The less sleep we get, the less beta amyloid clearance.  In fact, a recent study showed that just one night of sleep deprivation resulted in a significant increase in amyloid beta in the brain.

Tempted to cut your sleep short working late, watching Netflix, or engaging in a late night social media binge?  Think twice about cutting back on sleep if you want to take good care of your brain. As mentioned above, the less sleep you get, the less beta amyloid clearance.  And you don’t want a build- up of beta amyloid in the brain.  Unfortunately, a build-up of beta amyloid in the brain in susceptible people first targets the part of the brain that regulates sleep, resulting in a vicious cycle!

So if good sleep hygiene is not a part of your lifestyle, make sleep a priority today to save your brain.  I have written a lot on the importance of sleep: our entire body regenerates while we sleep and important hormones like growth hormone are secreted while we sleep.  And now we know that our brain detoxifies while we sleep too!   Wow!!